Naan bread reminds me of... Saudi Arabia. It's because I had it there so many times, either in private homes or restaurants. I must admit, home-made naan bread is much better than the one served in restaurants. It's softer, creamier, sweeter.
There are many Naan recipes that you can find either online or in Indian cookbooks, but here is my version.


Naan with honey and onion seeds 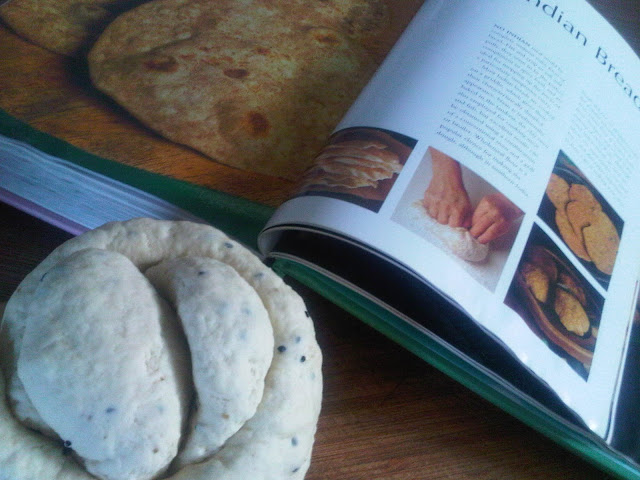 a spoon of honey (for extra sweetness)

a pinch of salt

1. Dissolve the yeast in warm milk and melted butter and honey, mix lightly. Add the yoghourt and let it rest for a couple of minutes.

3. Pour the dissolved yeast (no. 1) onto the flour and knead till the dough becomes smooth. Let it rest in a warm place.

4. When it raises and doubles in volume, you know it's baking time. You can now be as creative as you wish and shape the naan in a variety of forms. You can take a small ball of dough and flatten it and make small naans, or you can make tamis style.
Put it in the oven (@ 200 degrees Celsius) for 5 minutes- watch them, they bake and swell quite quickly. 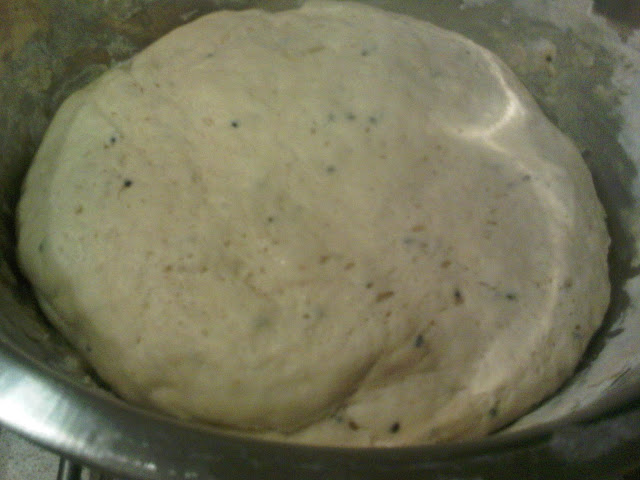 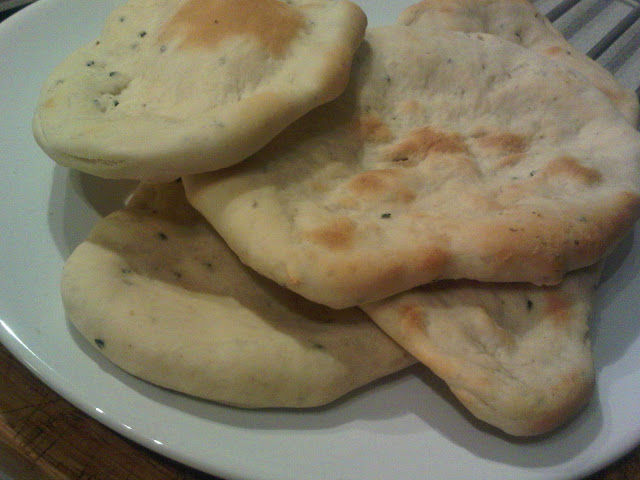 Because naan is eaten hot with curries, dips (raita, chutney), or tarkha dahl, you probably won't have the chance to use all the dough. So, wrap it tightly in plastic foil and let it snooze in the fridge.

So I came back home late the other night and I wasn't in the mood to fix dinner or make something special.  As I looked in the fridge, I found the rest of the dough and asked my husband: would you fancy a pizza?
Although he said that naan would definitely not rhyme with Italian, I decided to give it a try and make a Naan...pizza. Call it fusion! 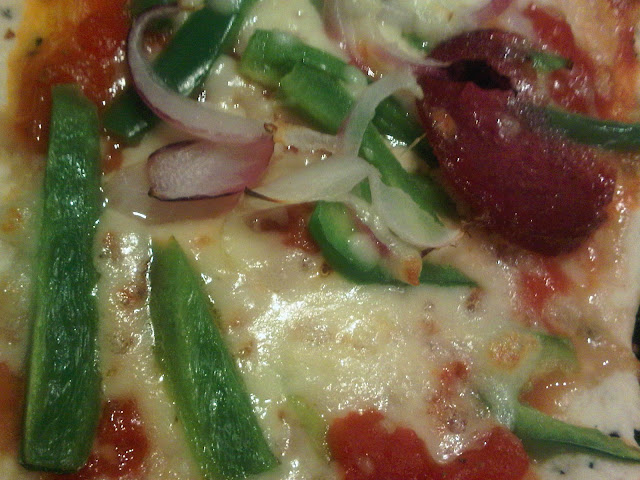 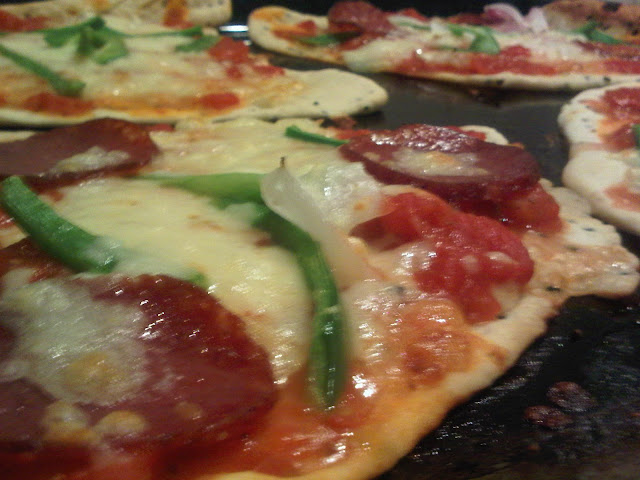 I flattened the dough and once I had a thin base I brushed it with olive oil.

I opened a can of diced tomatoes from Cirio (http://www.cirio.co.uk)- they are very handy especially in winter- and I added some Camargue salt with basil, a pinch of rosmary and a clove of garlic.

I brushed the pizza with the tomato sauce and I sprinkled the grated mozzarella, then I finely sliced a green pepper and some slices of salami. I used Salam de Sibiu, the original. (http://www.sibiusalami.com)

After less than 10 minutes in the oven we had a surprisingly delicious meal, accompanied by a glass of Prahova Valley Cabernet Sauvignon. Well, a sip or two on my part and more for Mike. 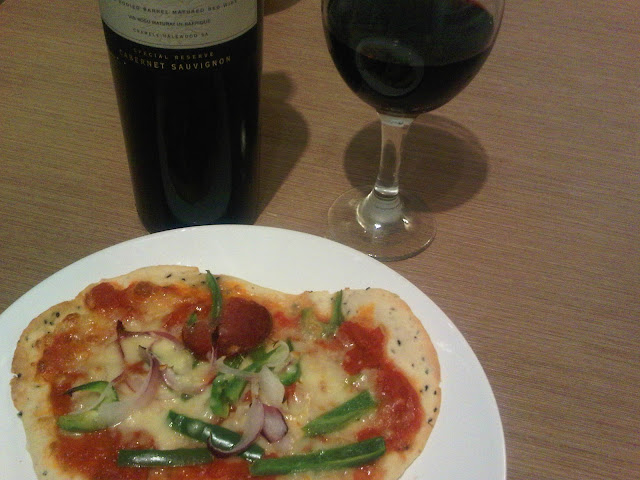 Food for thought
I find that sometimes when you are a bit adventurous in the kitchen and you are not afraid to experiment and sample ingredients, you can make amazing discoveries. Well, sometimes you make amazing mistakes as well :) but intuition and common sense can save you from kitchen disasters.
For my naan I used milk instead of water and honey instead of sugar. I think that gave my naan bread an extra wow factor. It was so sweet, tender and velvety.

Salam de Sibiu is one of oldest Romanian brands which has survived Communism and managed not to be swamped up by other similar products, even though the competition is fierce. I wonder if people outside Romania  have heard of this brand of salami or if they have ever tasted it? Don't want to use my blog to boast its taste, flavour  or qualities (just because I am Romanian), but it's really good! So good that on the Romanian market alone there are many (cheaper) versions of Salam de Sibiu. But they are, as I just said, mere copies.
If you want to read more about Salam de Sibiu, check out this link: http://www.sibiusalami.com/history.html
Posted by Yolanda at Friday, December 24, 2010