If you close your eyes and daydream of a bedouin tent in the middle of the desert, sun-kissed by a ball of fire, you might see the cosiness inside: a simple decor consisting mainly of Iranian-style carpets, cushions, trays of tea and semolina cakes bathed in rose water and loaded with pistachios and nuts. This scene could seem more or less idyllic, but it's certainly very close to reality.  Bedouins do exist as a desert-dwelling ethnic group in the Middle East and northern Africa and they are renowned for their hospitality, generosity, friendliness, and simple lifestyle.
Breakfast is also defined by its sheer simplicity: labneh with extra virgin olive oil and fresh tamis.

Labneh is a one of life's delicious treats that I discovered in Saudi Arabia. I have also found it in gourmet Arab traditional shops, but the price is steep. Labneh is sold either as spreadable cheese or in jars: small lebnah balls floating in a sea of rich olive oil. Traditionally, labneh is made of goat's milk; however,  I used rich sheep & cow's milk yoghurt (7% fat) which I strained overnight. In the morning, I used an ice-cream scoop to make labneh balls, drizzled olive oil over them, and sprinkled fresh mint on top. Delicious with fresh ciabatta and a cup of strong Arabica with cardamon! 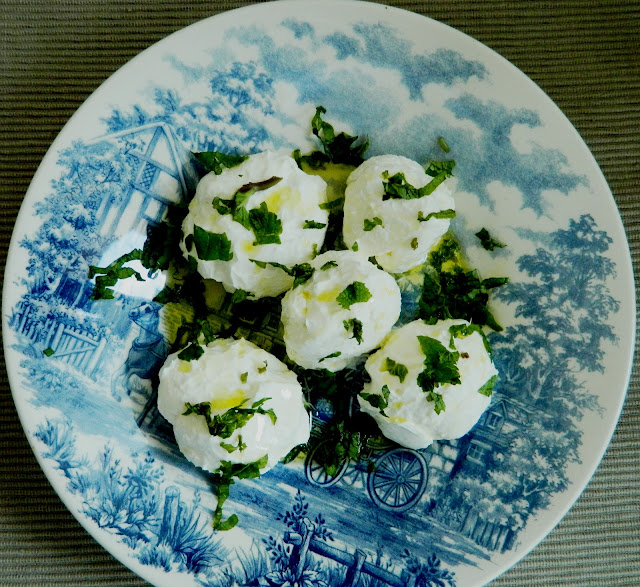 a handful of fresh mint

As its definition suggests, labneh is strained yoghurt, aka yoghurt cheese. To make labneh you need the following:

a plate to keep the excess water

Line the colander with a clean cloth (which you have boiled to kill all possible germs). Pour the yoghurt in the cloth and let it strain overnight.  I used no salt as I wanted to have the option of having sweet labneh as well.

In the morning roll the cheese out of the cloth and store it in tuppeware. It will keep well for a couple of days in the fridge.

To make labneh balls scoop the cheese and place them on the plate. Sprinkle with olive oil and fresh crushed mint. It is absolutely delicious and goes perfectly with fresh bread, tamis or toasted ciabatta, believe it or not. 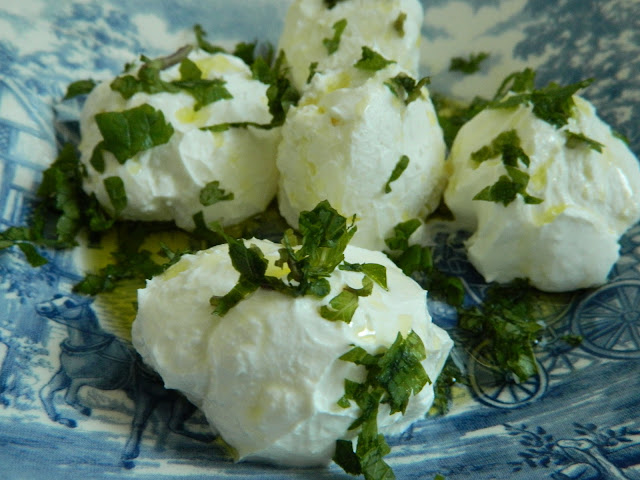 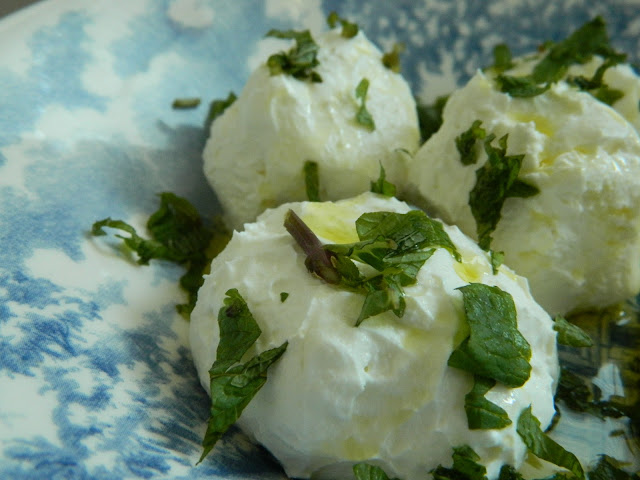 Later, I will revamp and transform this delicious savoury dish into a sweet delight. Stay tuned :)

Until then, enjoy these beautiful photos (for which I take no credit) that will put this stunning - but easy - dish on the map.