I haven't had a good Indian (dish) in ages... Don't know how that happened, but today I craved Indian flavours and here they are: simple & simply delicious. a small cube of ginger root


a shake of garam masala


a pinch of salt to season


Boil the spinach in salty water. Drain and set aside to cool.

Crush the spices (cumin, coriander, onion and cumin seeds) in a mortar and pestle.

Boil the potatoes in salty water till they become soft.


Break the spices in medium hot oil: first fry the cinnamon, the garlic and the tiny ginger cubes. Then add the coriander, the cumin, the mustard and the onion seeds and cover as they pop violently. :)

Add the chopped spring onion and green garlic shoots and fry everything for 5 minutes.

Stir in the baby potatoes, the bay and curry leaves and the diced tomato and season with a sprinkle of salt. Add the spinach to the pan and half a cup of warm water with a tsp of garam masala, cover and let it simmer for 15 minutes. 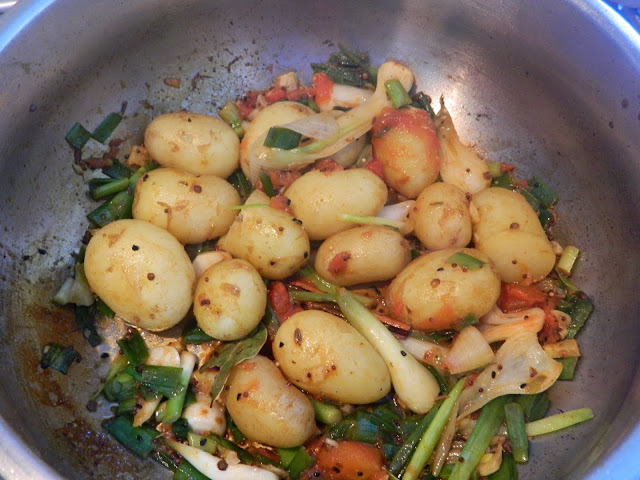 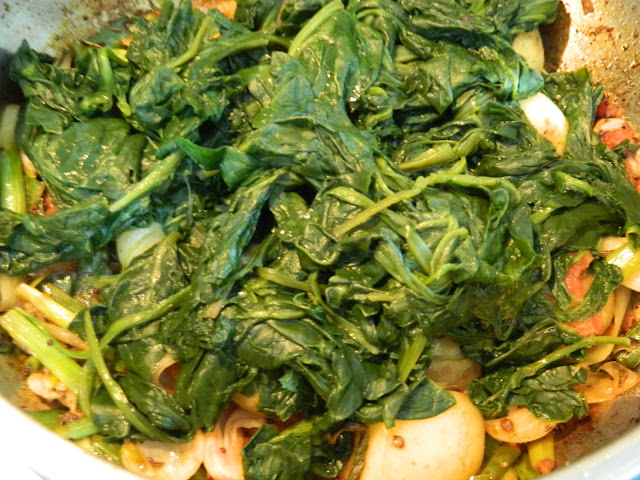 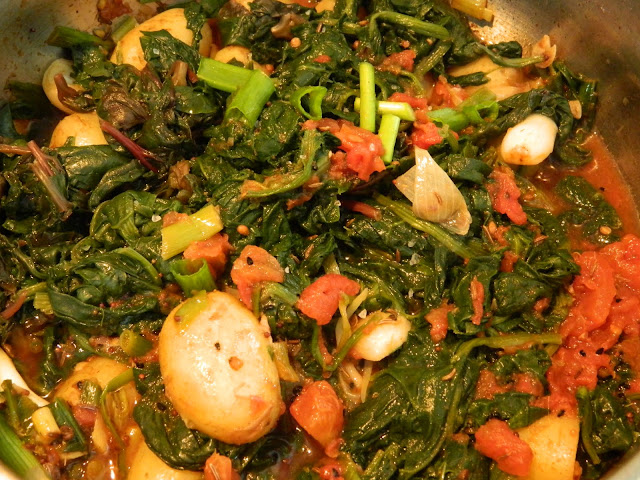 This pungent and flavour-packed casserole is one of my many favourite vegetarian dishes (I know, it sounds lame, but love Indian cuisine too much and I can't decide) and if you have everything ready, it won't take more than 15 minutes to make.
The authors of Best Ever Indian Cookbook -and I tend to fully agree to the name :) - say that "this recipe is from Bengal , where it is known as palong saaker ghonto."

It pairs well with Jeera Chicken and a soothing mint with jeera raita and a couple of pappadums. 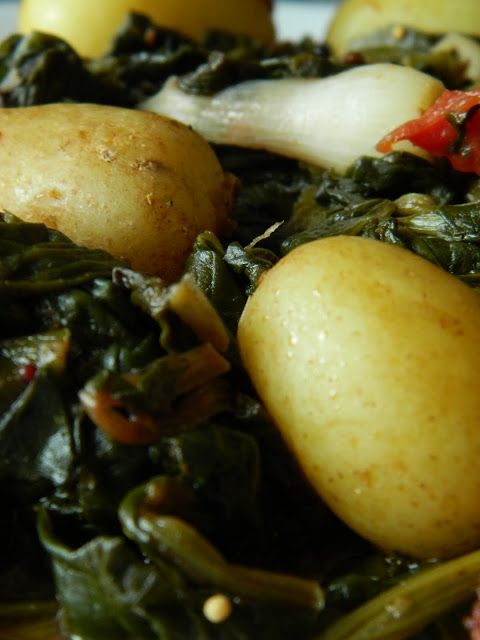 Jeera Chicken is another splendid combination between these tiny aromatic seeds and poultry. Jeera, aka cumin gives the base note of this delicious dish.

Trim the chicken breast and marinate it in garam masala and a diced tomato.
In a pan fry 2 tbs of cumin seeds, a small cinnamon stick, 1/2 tsp of coriander seeds , 1/2 tsp of mustard seeds, and crushed garlic. Add the chicken and fry on both sides. 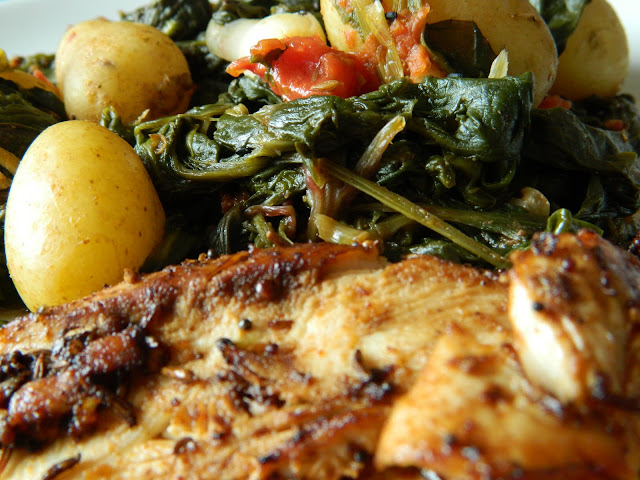