You know, I made a resolution at the beginning of March and I'm sticking to it.  Spring is a wonderful season (although, surprisingly enough, quite chilly), I love its hues of bright green, the smell and the freshness of the air. Snacks, lunches and dinners are a pleasure for the eye and a blessing for the body.
Lately I have used the same plants, seeds and veggies to create variations of the same theme: healthy eating @ home. Great sandwiches, fantastic crisp salads, revisited hot dishes with a twist.

Here is one of them. 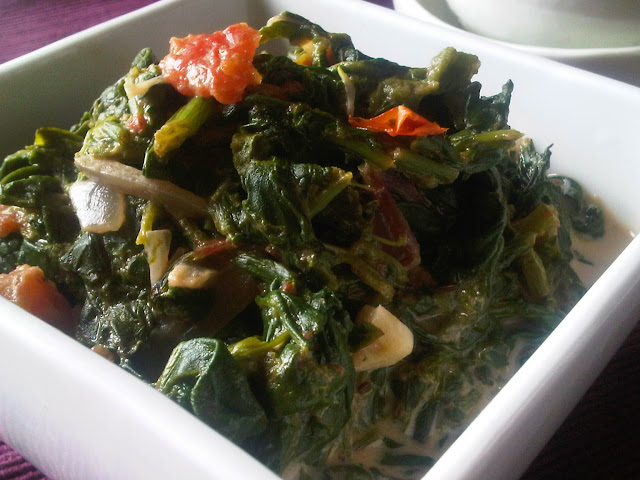 To make the spinach you need the following

a small bunch of orach

a tsp of freshly ground/crushed cumin

Start by washing the spinach leaves thoroughly in cold water. In the meantime boil water and add a pinch of salt. Boil the spinach for approx 5 min and drain the leaves. Set aside.

Wash and boil the orach, drain and set aside.

Dice the tomatoes, crush the garlic with the blade of the knife, chop the onion roughly.

In a wok, fry the garlic and the onion in the olive oil and once they start to soften add the tomatoes. Toss.

Add the spinach & orach leaves and let them simmer in the tomato juice for a couple of minutes.

Pour half a glass of single cream (I used low-fat cream), mix and taste. Season with salt and spice it up with freshly ground cumin. Delicious, right? The cream and the cumin give it a very nice smell/taste.

I know that some people usually use butter when they make spinach stew/stir-fry, but I did without it.

This dish is totally quick and yummy, if you were to enter a competition , you'd finish first!
But above all, it is very healthy and low-fat, so it is ideal for any time of the day when you have scarce time to spend in the kitchen or/and you are too tired to try anything complicated & elaborated. 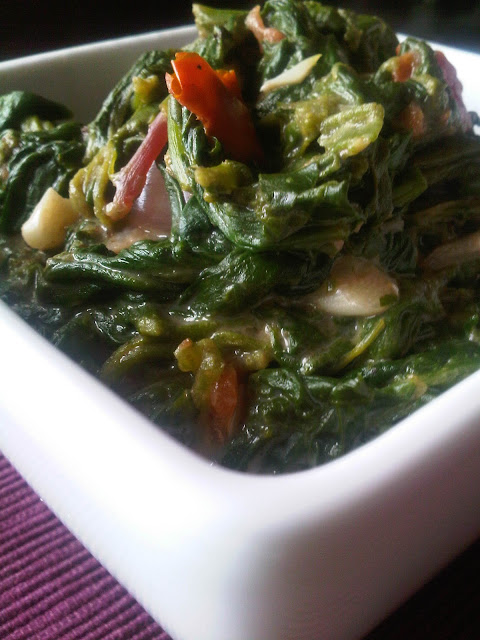 I paired it with another delicious & super healthy dish: baked orange chicken with ginger and coriander.

I cut 2 chicken breasts in half, so that I had 4 pieces of meat. I brushed them with olive oil and orange rind preserved in sugar. My mother gave me a jar of orange preserve over the weekend and I love it to bits. I had it with plain cereal & milk in the morning. It is mind-blowing. Basically, you can do it at home as well, but it's time consuming, I know. All you do is grate the orange peel every time you eat an orange. Mix with sugar and store in a jar. (Once it's full, give it to somebody you love as a token of love). It's a wonderful thoughtful present. :)

Anyway, let's go back to the orange chicken. I peeled an orange and I used the skin to marinate the chicken in. I cut the orange in half and squeezed the juice on the chicken breast. I added two tbs of light soy sauce (less salty) and I grated a small cube of ginger, added a handful of sesame seeds and freshly crushed coriander seeds and tossed.

I wrapped the chicken in aluminium foil and baked for 60 minutes/180 degrees Celsius. Ten minutes before taking it out of the oven, I removed the foil, I added a dash of soy sauce, and I broiled the meat to make it crunchy. 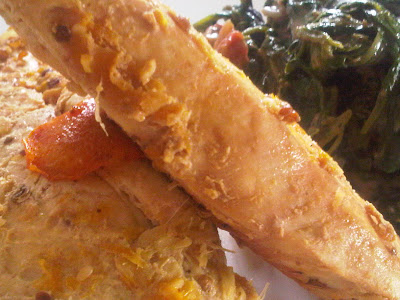 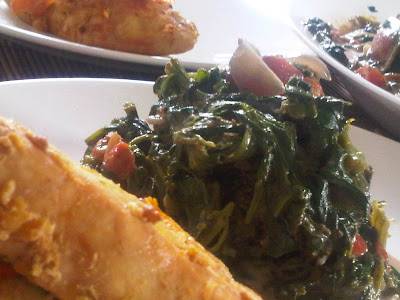 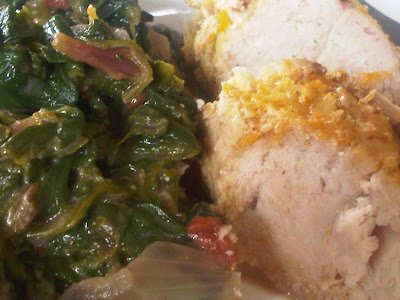 This is the first time I've cooked chicken breast with this combination of spices. It was sweet and fruity, but tangy and Asian as well. I used to marinate it in honey and fry it (in olive oil), but lately I have started to bake the meat (it's healthier this way, I think).
The meat was sweet, moist and the orange crust was crunchy, this chicken was one of the best I've done so far.
Posted by Yolanda at Wednesday, March 30, 2011