Moules Marinieres. Full stop. Simple, French and insanely delicious, these small clams bring to mind the zest, the smell of marine air, and the salty taste of far-away seas and oceans. White wine, garlic, creme fraiche and chopped parsley. Fresh baguette and chilled white wine. And there you go, eight months later, you are no longer on stress-free vacation under the August sun, in that little quayside restaurant, but in your humdrum urban kitchen recreating (one of) the most indulging and comfort holiday dishes –


Unforgettable holidays are often completely unplanned: good company, chillout music and beautiful scenery all around, lead you to the most unexpected places; great discoveries are off the beaten track.

Located half an hour's drive from Arles, Saintes Maries de la Mer, the capital of Camargue, marks the end of D570 and the beginning of paradise. It took me less than a moment to fall in love with this magical place where man and nature blend harmoniously without disrupting the environment: grazing Camargue bulls, wild horses and pink flamingos wallowing in the marshes, all live in the proximity of snapshot-happy humans,  tolerant of the ceaseless tourist chatter and wows of admiration.

A boat trip deep into the delta, a simple meal in a quaint p'tit resto right on the sea shore, a sunset walk on the pier, a vibrant gitano concert late at night in a street cafe, the sheer tranquillity of the sound of crickets, the vastness of the starry skies, and - when we were there, the eerie distant colours of the Aurora Borealis (surprising for this latitude) on the northern horizon - all still fail to describe the beauty and variety of this land. 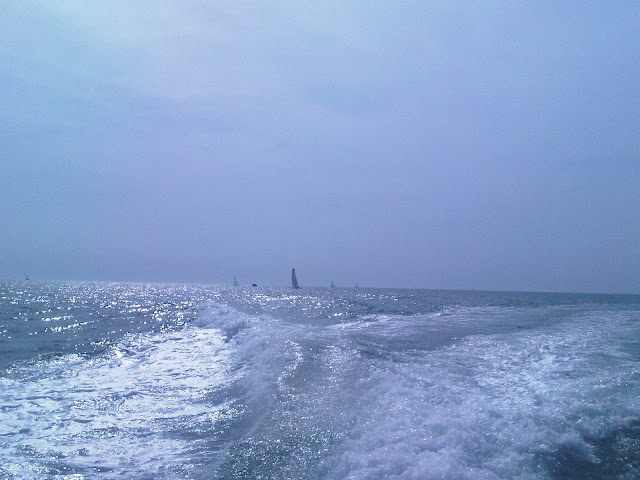 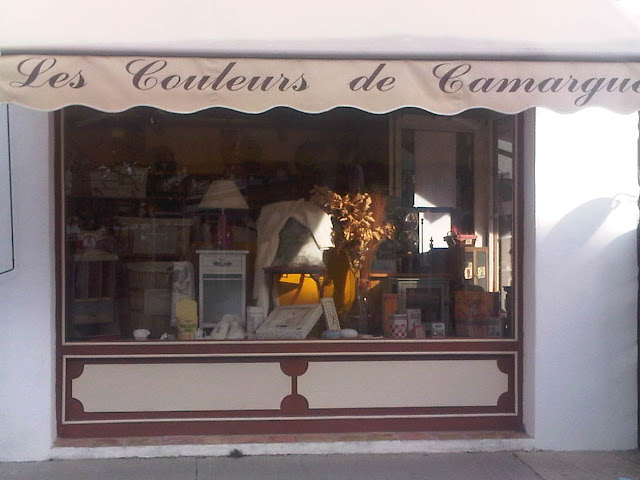 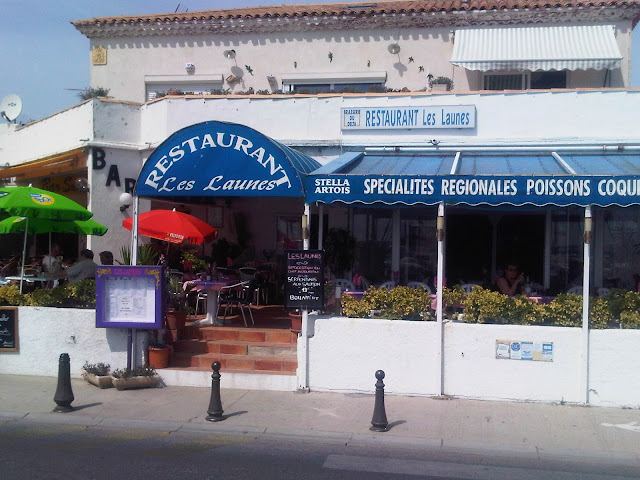 Last night, as I was going though holiday snapshots, Mike was making Moules Marinieres, at my request. Frankly, he masters the art of French cooking close to perfection. He's made great French classics to come to life such as Coq au Vin and you may remember his guest post of Boeuf Bourguignon here on Lemon Love Notes. 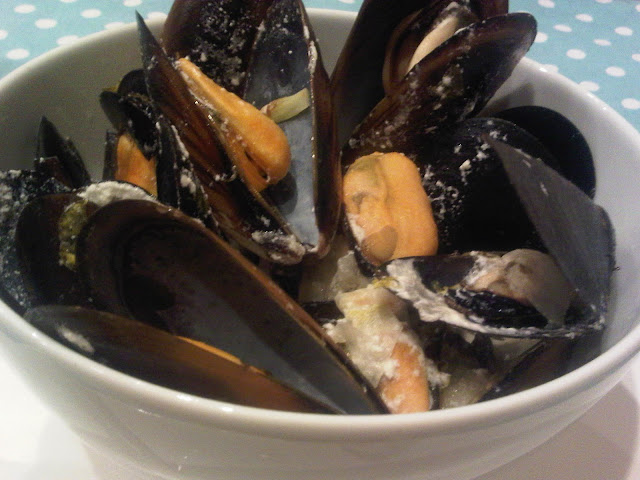 Yolanda and I still have great memories of a couple of great meals on the quayside in Sts. Maries de la Mer, a beautiful seaside village where the footsteps of Van Gogh still echo through the tiny narrow streets, with a strong hint of '60s gauche thrown in.  Here, on a still late summer evening, with the sun setting over the marshes of the Camargue, the faint strains of gypsy music in the distance, and the balmy Mediterranean air caressing both the skin and the soul, it is easy to imagine you have just stepped off planet Earth into Paradise.

That evening, I had Foie Gras and Yolanda had prawns, but what had led to this dinner was the wonderful lunch of Moules Marinieres that we'd had the previous day, just before embarking on a spectacular Camargue boat-trip. This dish was absolutely magical, and it was Yolanda's first experience of it.  I promised to do it at home, and last night, I was gently reminded of that promise!

The INGREDIENTS are easy  to obtain.

Wash the mussels well under cold running water, making sure to remove any pieces of grit and gristle.

Fry the garlic and shallots in the butter, in a very large saucepan, on a low heat.  Add the mussels and the white wine, cover the pan tightly, and turn up the heat. Allow the mussels to steam in the wine for about 5 minutes (thus should open them), then lower the heat again.  Add the parsley, pepper and cream, stir well, and simmer for about another three or four minutes.

Serve in a large deep bowl, and pour the sauce over.  This dish is delicious with some really fresh, crusty Baguette or Ciabatta, and a side salad.

For wine, I would choose a crisp - but quite buttery at the same time - Chardonnay.  Two Oceans (South Africa), Hardy's (Australia) or Recas (Romania) all go down very well. 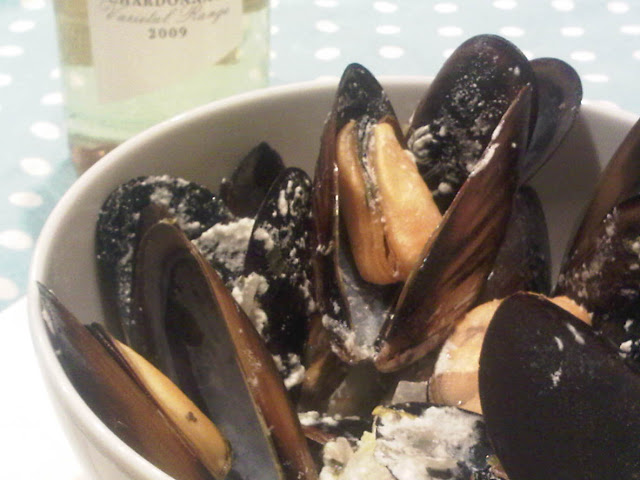